The championship tee brings the two existing right side bunkers into play as they are now 250 and 286 metres from the tee. The left side of this hole has been narrowed firstly by some quite deep grass and by increased mounding between this and the neighbouring sixth fairway.

The bold player with an assisting wind may attempt to play through this neck and be left with a wedge to the green. Prudence may dictate playing short of the bunkers. This presents a longer shot to the green which has a deep bunker in its right front edge. 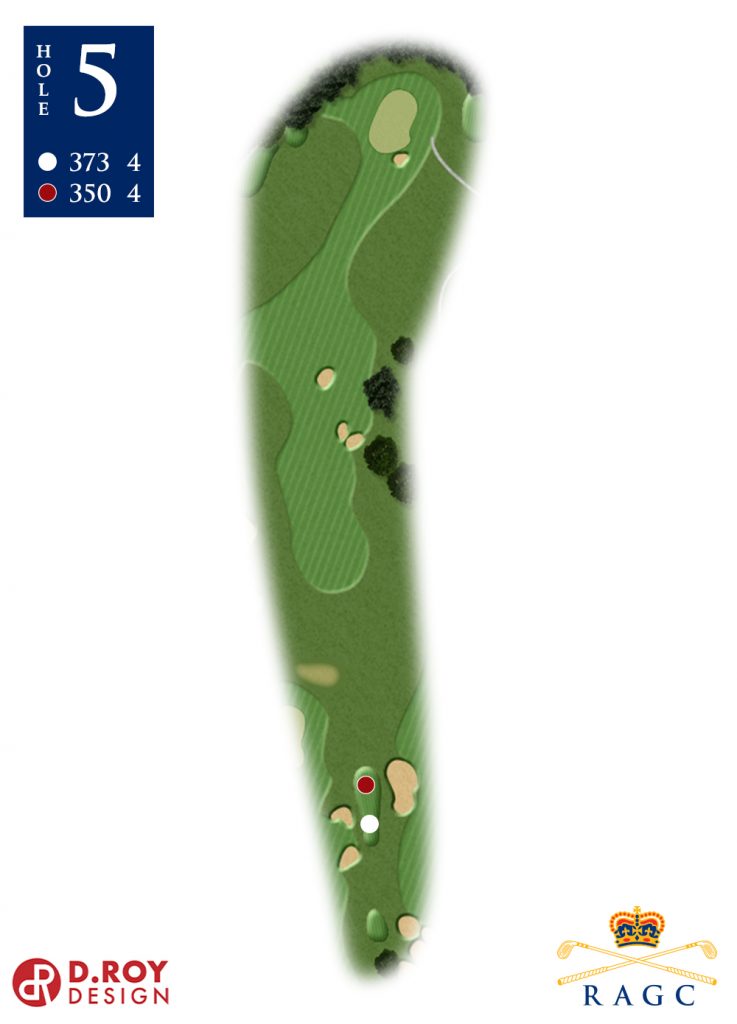 This has always been a formidable hole from the members tee particularly when played into the generally prevailing wind. The back tee has added some additional teeth to the hole as the required tee shot from this championship tee will require a carry in excess of 230 metres. To the right are further mounds and some testing grass and rushes.

The green is generous in size. There is a deceptive slope from the back of the green. Care is required with any putt from above the hole. Two bunkers on each side of the green complete a very fine hole. 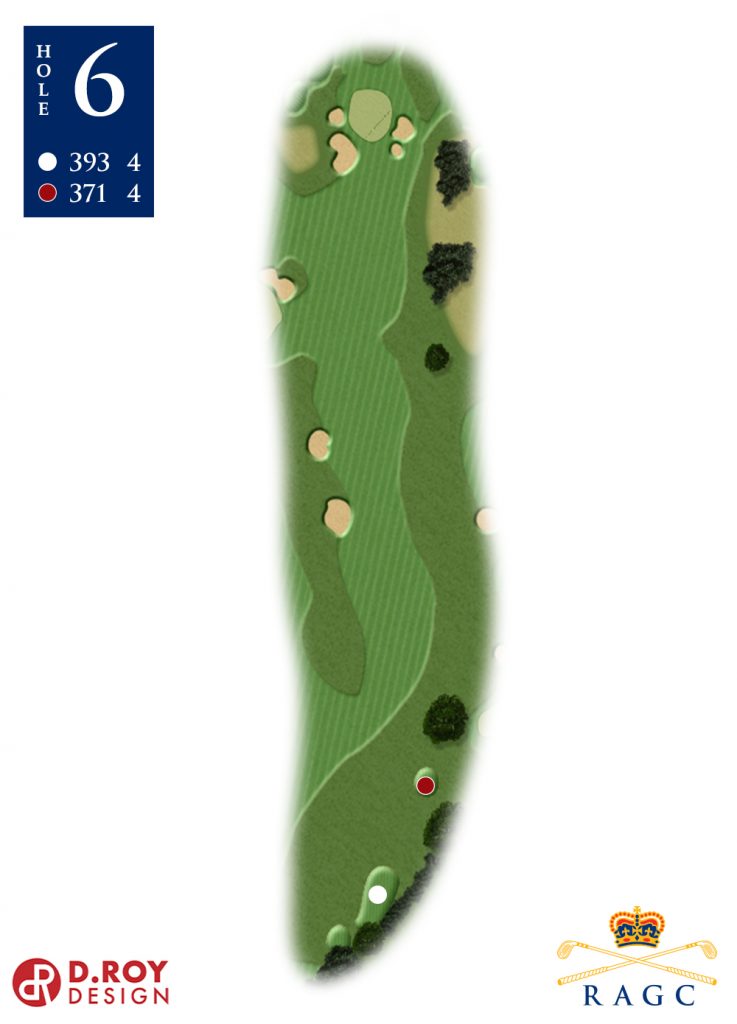 The green is surrounded by small bunkers in the front and on each side while at the back are deep grassy hollows. This green was laid down when the course was first developed. It was then approached from a different direction, but the tee was later placed behind the sixth green from which members still play. A new tee has been made extending this hole to 167 metres. A head wind will add an additional challenge to a hole which is an icon at Seaton. 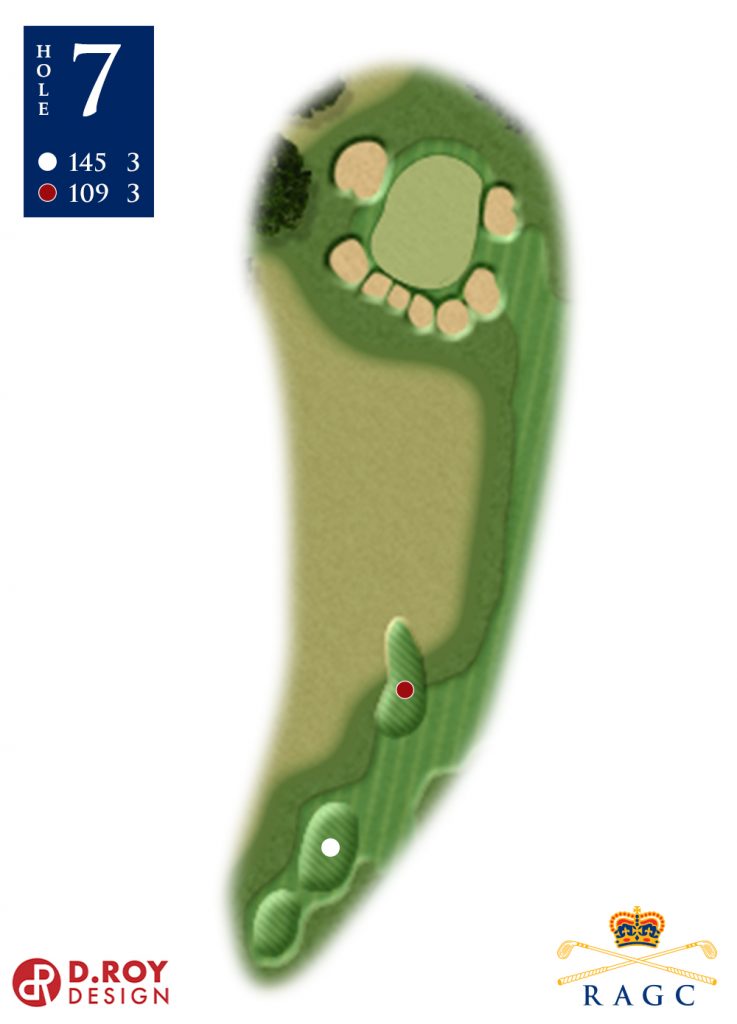 The player can choose to play short of a tongue of rough extending across the fairway from the right, 237 metres out. This side is reinforced by some steep mounds and a deep bunker. The left side is also heavily mounded 240 and 260 metres from the tee.

Alternatively the choice is a longer tee shot over the peninsula of rough to a narrow strip of fairway. This would leave a very short pitch to the green which slopes away sharply on the left and behind. The front right is protected by two mounds and a bunker. 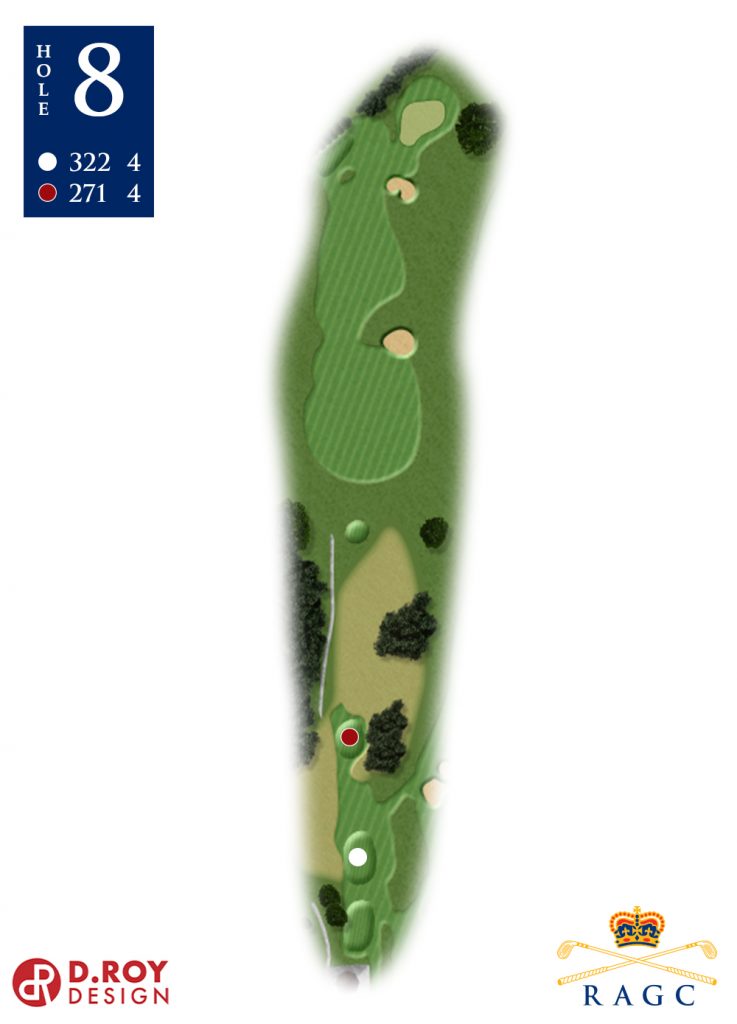 A newly constructed bunker is 275 metres from the tee on the left, from which a gentle mound extends across the fairway to thick rough and a small stand of swamp oaks. On the right, the mounding has been increased and regular watering of the rough has encouraged thick growth, all of which enhances the two deep bunkers.

Both sides of the approach to this hole are lined with bunkers which lie in wait for any wayward second shot by the player who may hope to get up in two. The green has a quite definite step in it and a putt from almost any direction requires close attention. 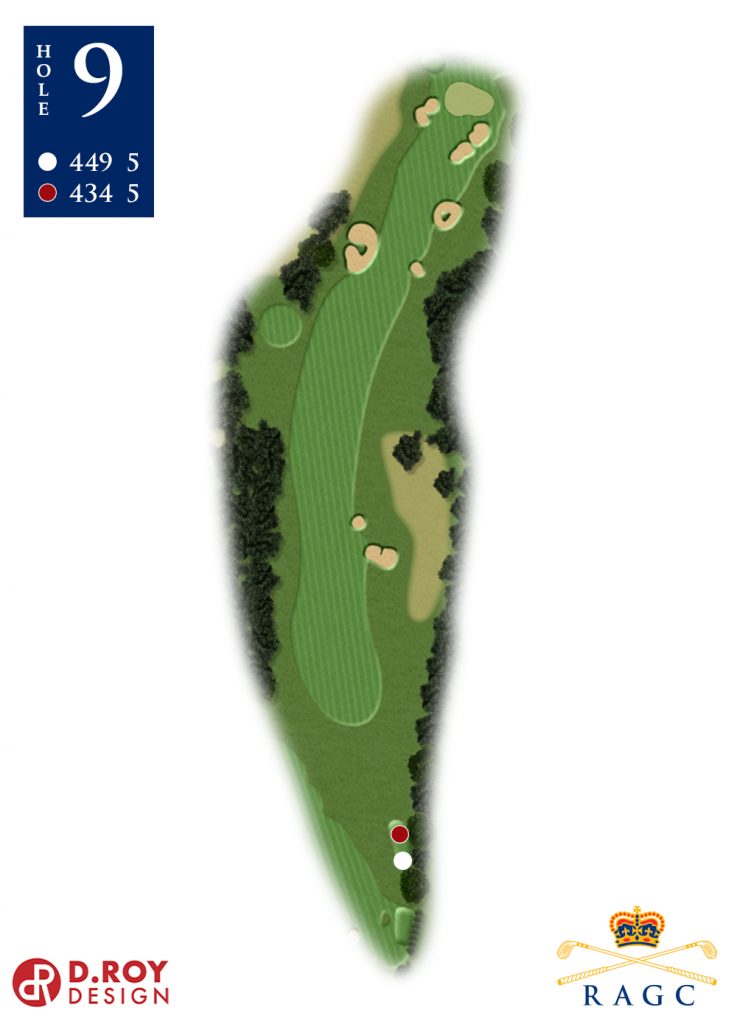 The fairway to this quite short par 4 is angled to the right over the hill. A pine tree on the left and long grass and rushes on the right will punish a wayward drive. At the bottom of the hill there is further area of thick rough to hinder a drive of more than 250 metres. A subtle choice of club and line is required to be in a position to play to this green. The green has an inverted saucer shape with some very demanding pin placements. An accurately placed second shot is most desirable. 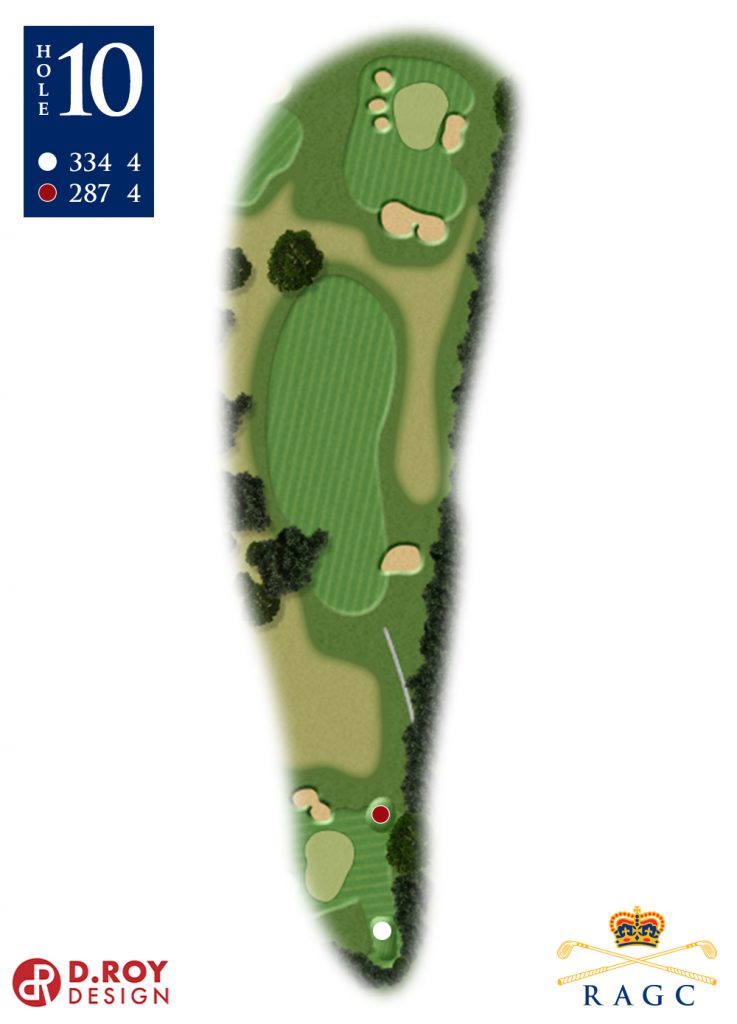 This hole is regarded by most as Royal Adelaide’s signature hole and still plays as Alister Mackenzie designed it in the 1920s. A strong tee shot is required to ensure an easier second shot onto the green set within a sand crater. Three fairway bunkers make this task more difficult.

An interesting carry commencing 86 metres from the front of the green and features many native grasses. The green is protected by both a front left and a front right sand bunker and is framed by a stand of pine trees on the rear sand dunes. 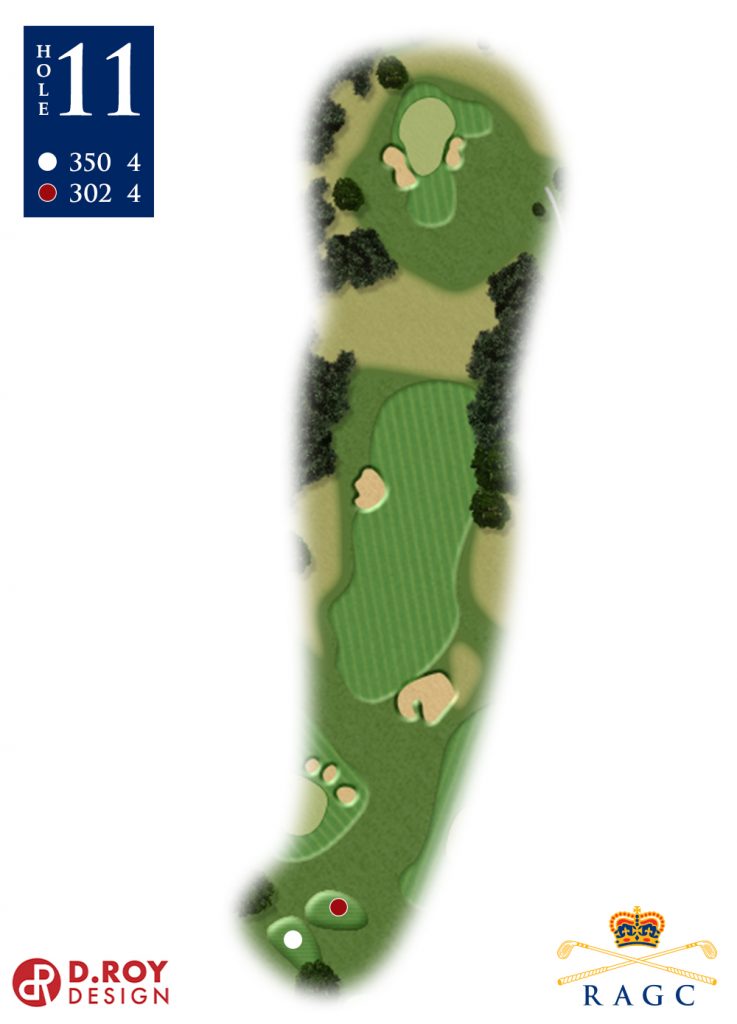 This hole is played from an elevated tee. The green has gently undulating, grassed surrounds leading to low-lying swamps. A small bunker is on its front left hand edge. Into the prevailing westerly or southerly wind this is a testing par. 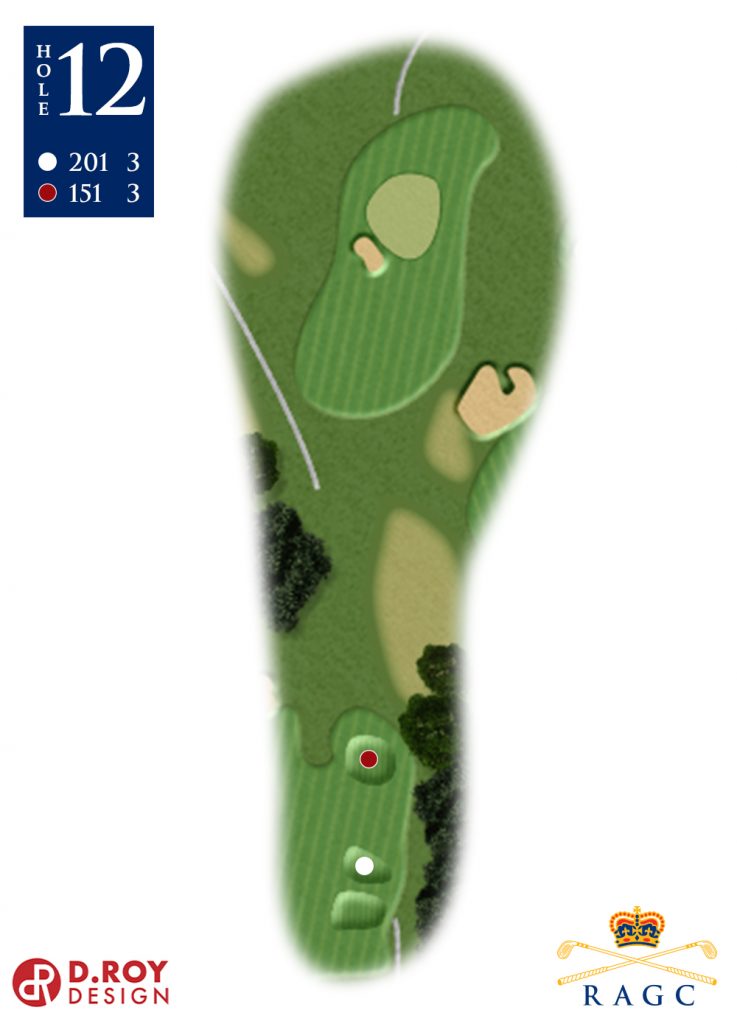 The hole is an acute dog-leg to the left. The left or inner side of the fairway has a heavily grassed verge separating it from low sandhills. The outer side has low mounds which are again well grassed. There is a bunker 30 metres short of the green and a left greenside bunker. The green has a pronounced slope to the right. A long well placed drive is essential to facilitate the playing of this very fine hole. 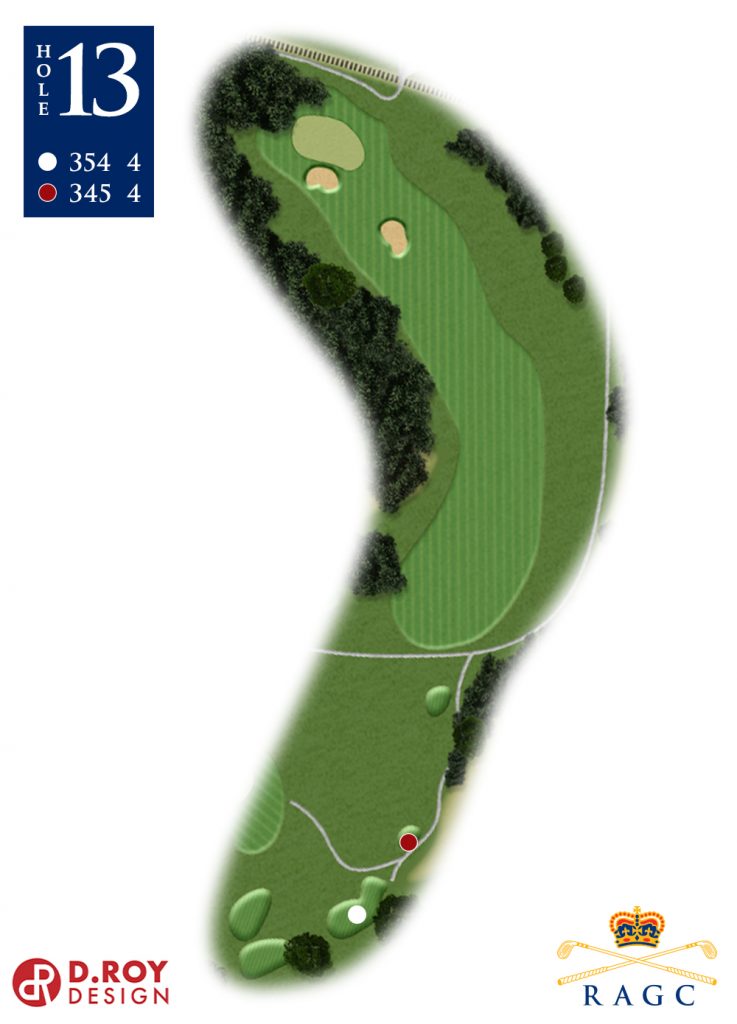 The championship tee is situated on the far side of the railway line. This results in a magnificent championship hole where a 248 metre drive will be needed to carry the edge of a cluster of bunkers on the right. The second shot is played through a gap in the pine trees to an elevated green guarded by three bunkers. A deep swale before the green and another on the left side of the green complete a most demanding hole. 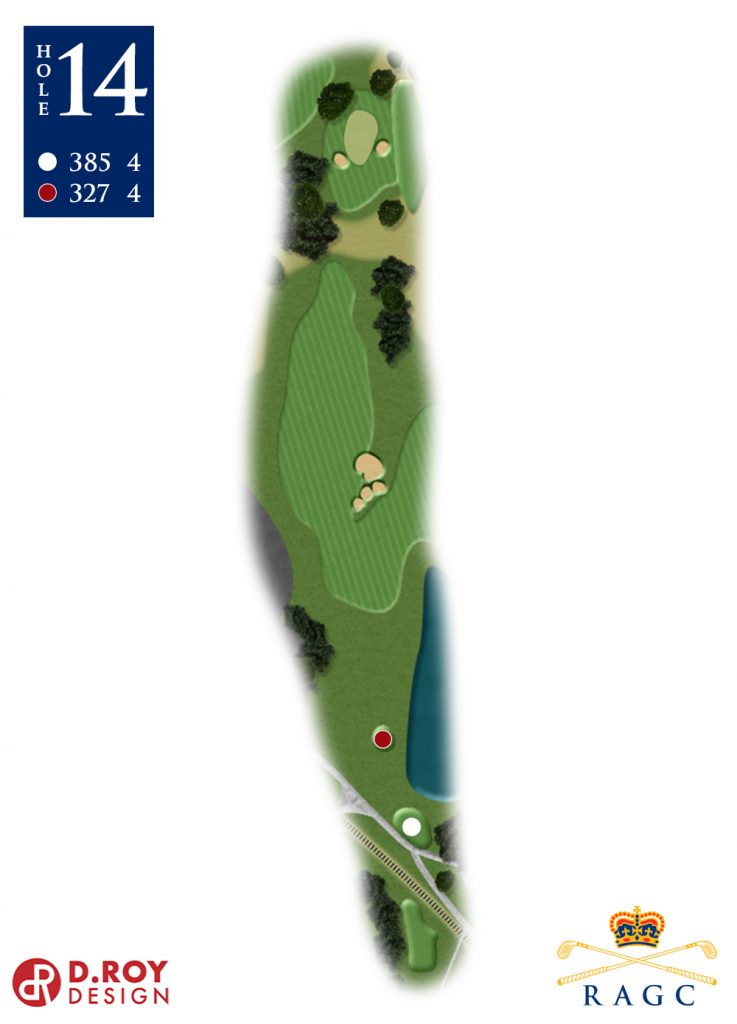 The stand of pines on either side present little difficulty to top players. The left side of the fairway is heavily grassed requiring a carry of 270 metres. Another bunker is also situated on the right with a mound across the fairway. Shorter and to the right there is punishing rough. Although a short par 5, the drive must be well placed. The green is lightly trapped with shallow bunkers. 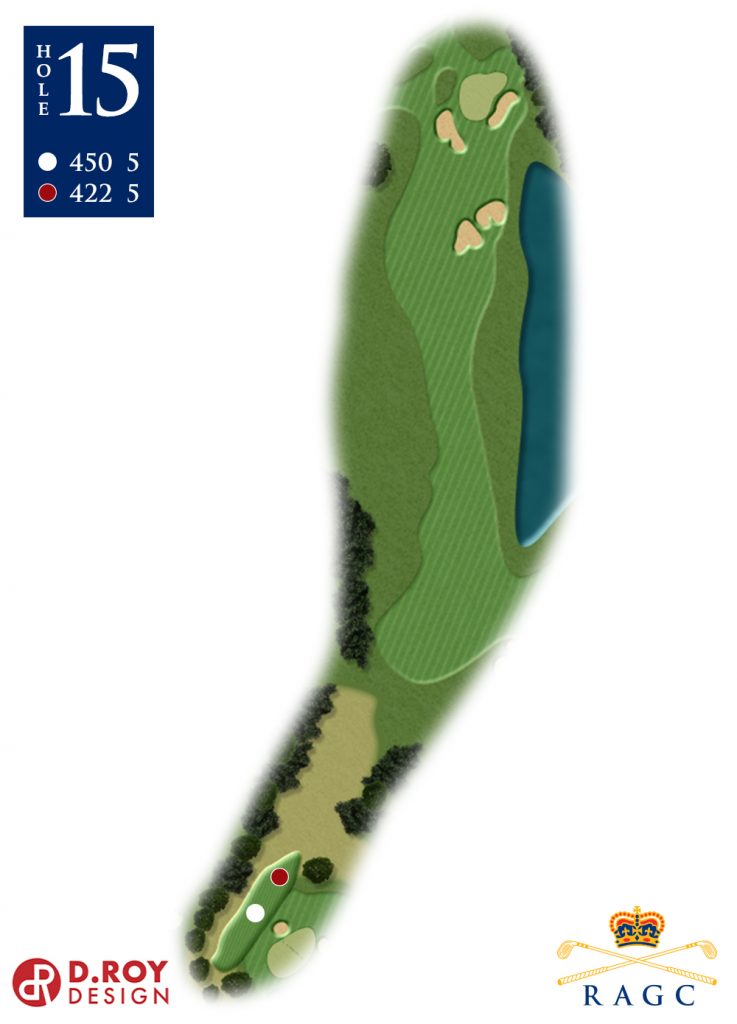 This rather disarming hole is destined to test even the straightest hitter. The green which has some slight, but treacherous slopes, is complemented by a swale on the right and two bunkers on the left. It is a much admired but deceiving short hole.

This long par four will test both long game and short. Select your line off the tee according to the tee position and wind direction to navigate the cross bunkers off the tee. Be very careful with your club selection into the green to ensure you avoid the extensive green side bunkering. 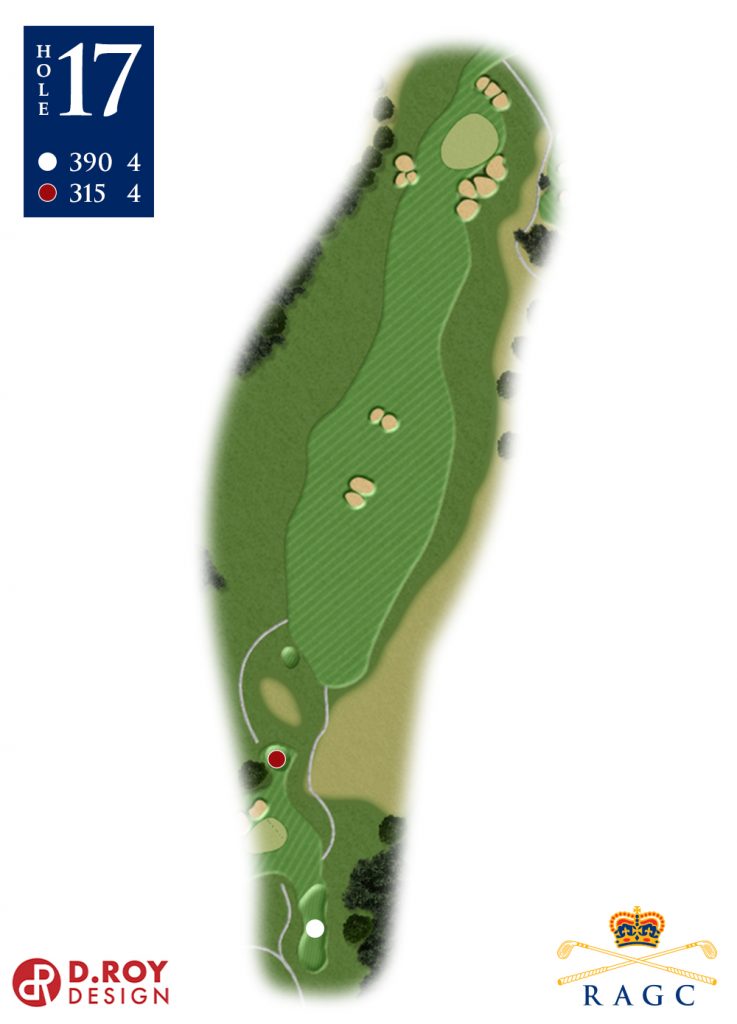 This hole will again require an accurate tee shot. The left side has three vicious little pot bunkers requiring a carry of 250 metres while on the right a deep fairway bunker is 230 metres from the tee. The rough on each side is troublesome and the fairway narrow. Nevertheless a long straight drive will be rewarded with a short shot of 80 or so metres to the green. There are two bunkers on the right of the green and a lateral water hazard on the left. This has been deepened and widened and planted with rushes. The slope between the green and the hazard is closely mown. Any shot to the left of the green may be in peril. 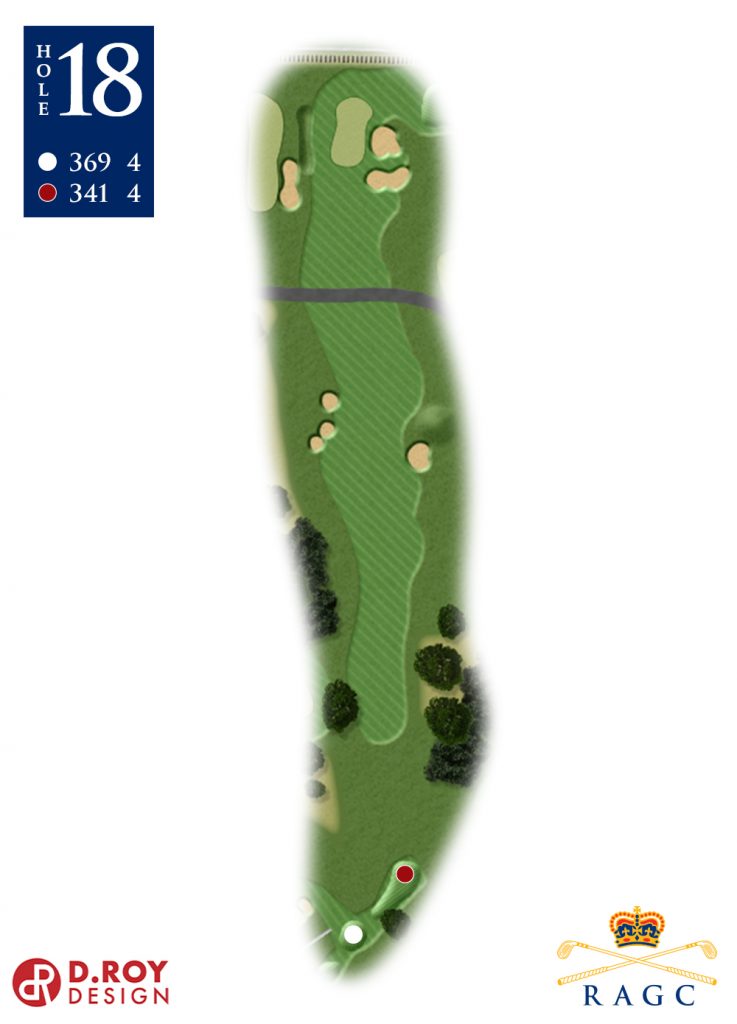 This short par three will test your short game depending on wind strength and direction. Be very careful with your club selection into the green to ensure you avoid the green side bunkers. 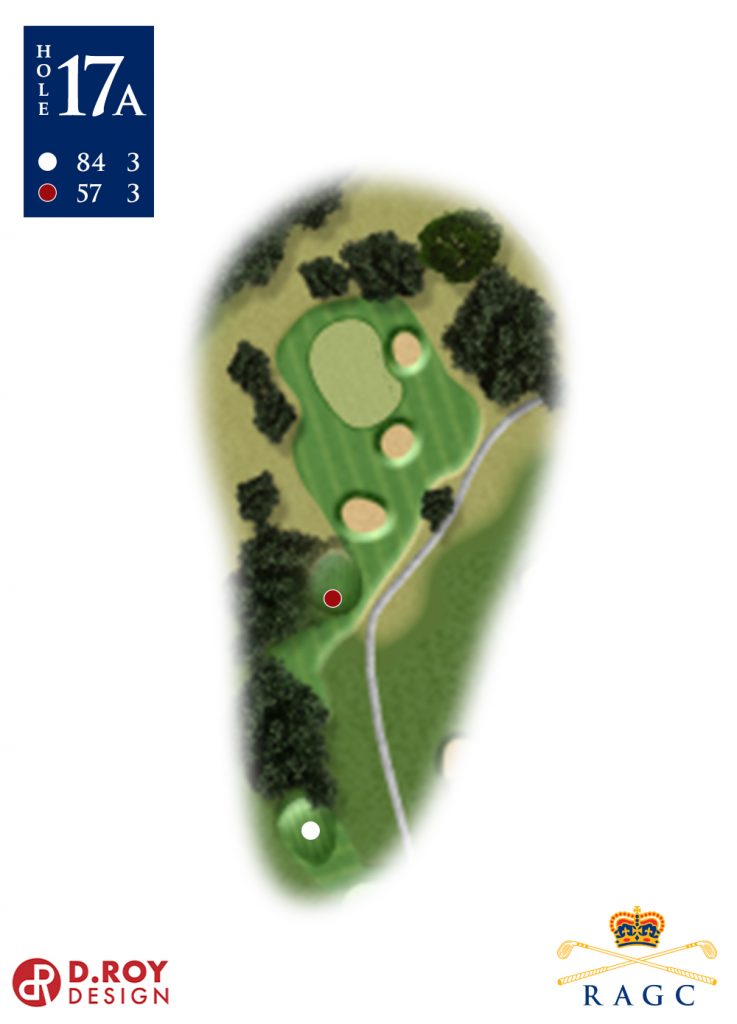